Going into the second round of the Motomaster Ron Fellows Karting Championship in Hamilton I was completely ready to capitalize on my early double podium success at Goodwood Kartways, to stand on the top step of the podium for the first time this season at the Canadian Mini Indy.

Leading up the main event the team and I decided to take part in the race the weekend prior called to the Dash For Cash, there for to be fully prepared for the event to come. Unfortunately after a solid day I was involved in a big accident in the final which resulted in my kart flipping several times and landing on top of me. After the crash we discovered I had strained the muscles in my shoulder and had minor tears in my abdominal muscles. With these injuries I had limited motion in my right arm and right side of my body. So while the other drivers where testing and practicing the whole week prior to the race I was in physio and chiropractic trying to be well enough to drive on the weekend.

By Friday we decided to head to Hamilton to for the final practice session of the day to see if a race distance would be possible in my condition. The session did not go as well as I hoped with me only completing half the amount of laps needed to finish a race distance.After the events of Friday we made the decision to only drive the the Final on each days, there by skipping the; warm up, qualifying, and Prefinal sessions.

Luckily by Saturday I started feeling better, enough in fact that I wanted to drive both the Prefinal and the Final. Because I didn't go out for qualifying, I had to start last for the Prefinal. So there I was, first legitimate session out on track in the Prefinal race starting at the back of the pack (18th). Surprisingly to us the Prefinal ended up going extremely well, with me moving up 10 positions to start the Final in 8th place! The Final also was a success with me crossing the line in 5th place, a great way to end the day!

Although I was still hurting, I felt momentum from the day before, which helped me on Sunday. There for we decided to go out for a few qualifying laps so there for I would start farther up the order for the Prefinal. In Qualifying I got 8th, not great, but something to work with. So when it came to the Prefinal I made up another 2 position to take 6th. Finally it was time for the Final, and I was ready to continue to push forward for another solid result, amazingly I worked my way up to 3rd place in final and managed to hold it for 18 laps under a huge amount of pressure!

When I crossed the line in 3rd it was one of those special moments, as I knew I just saved my championship run. standing on the podium I had time to reflect on my past week, coming from not participating in any practice session and not planning to race, to a 5th and a 3rd place which defied everyone's expectations and saved my championship hopes:) 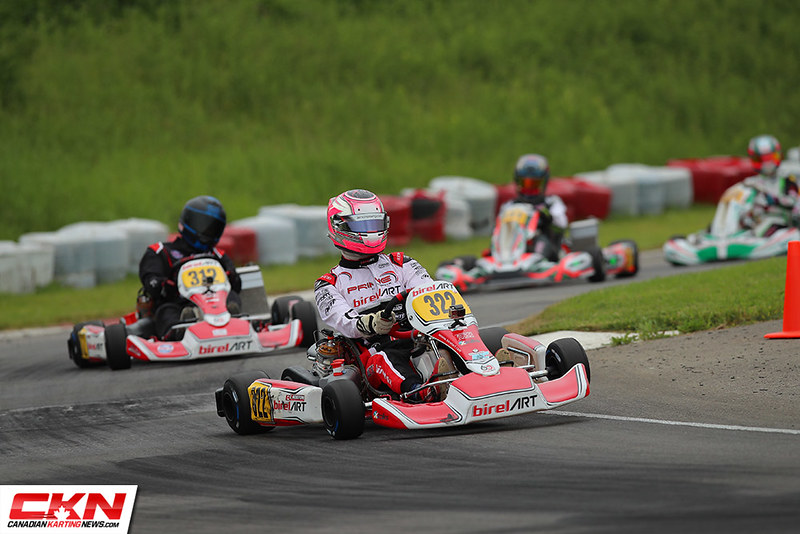